“Tiger is a large-hearted gentleman with boundless courage and that when he is exterminated—as exterminated he will be unless public opinion rallies to his support—India will be the poorer, having lost the finest of her fauna.”
― Edward James Corbett

Where tigers rule, as the name suggests is a journey that takes you through some of the most beautiful landscapes in the tiger state of India, Madhya Pradesh. Also referred as heart of India, this state has played a major role in tiger conservation and the possibility of spotting the feline in these tiger reserves are great. All the three tiger reserves (Bandhavgarh national park, Kanha national park, Pench National park) that we visit in this journey creates their unique identities with varied landscapes and topography. Beautiful lodges set up in larges areas on the backdrops of these jungles add on to the experience of this journey. The Journey also takes us to Agra to view the masterpiece of mugal architecture, Taj Mahal – one of the wonders of world that sings the saga of love. 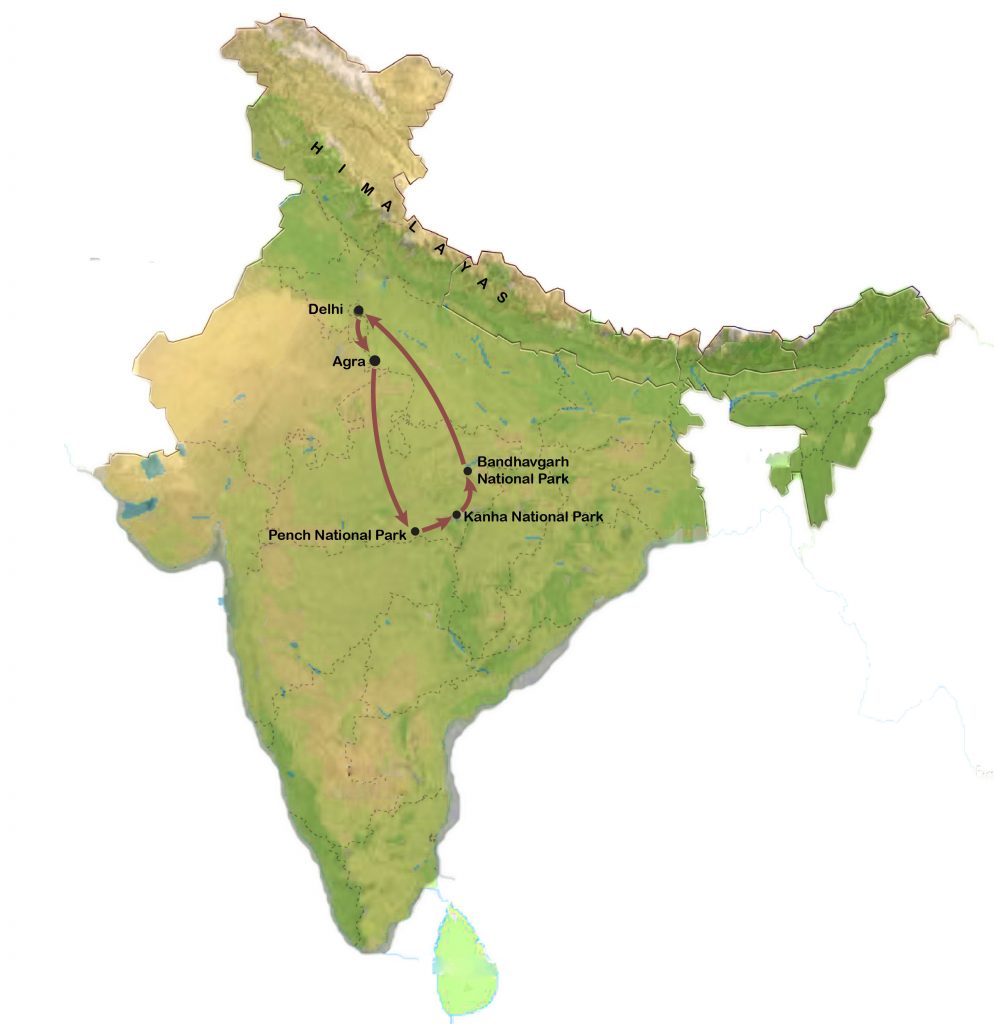 Day 1 Delhi - The city of Monuments

Meet your travel manager on arrival at New Delhi airport. Your tour manager would ensure smooth check in at your hotel in Delhi and shall hand over your travel documents. A small briefing about the tour and what you are going to experience in days to come is always good. New Delhi is a city of contrasts with Old Delhi and New Delhi representing thwo different worlds of Heritage and Development. We may utilize rest of the day to catch glimpse of monuments in Delhi city. A visit to Old Delhi can be a unique experience to see of how things function seamlessly without proper alignment of systems. Later you may want to catch glimse of breath taking views of qutub minar, a minaret and “victory tower”.

Overnight at Hotel in New Delhi.

Today we will proceed towards Agra, The City of Taj Mahal for day Visit. A 3 hours and 210 Kms Journey would Take us to Agra to visit Taj Mahal.

Taj Mahal, one of the seven wonders of the world is a ivory – white marble mausoleum on the banks of river yamuna. It was built by Mughal Emperor Shah Jahan in 1632 to house the tomb of his beloved wife Mumtaz Mahal. Taj Mahal also houses tomb of the emperor as well. Taj Mahal was constructed using best of the available materials from all over India and Asia. It is believed over 1,000 elephants were used to transport building materials and 22,000 labourers, painters, embroidery artists and stonecutters to shape the Taj Mahal. The plinth and tomb took roughly 12 years to complete and the remaining parts like minarets, mosque and gateway took an additional 10 years. The imperial court of muusoleum documenting Shah Jahan’s grief after the death of her beloved wife Mumtaz Mahal illustrates the love story held as the inspiration for the Taj Mahal.

Pench national park, which gets its name from Pench river, which is the lifeline to the park. Rocky mountains, green grasslands, wooden trails, winding river and gashy streams make pench national park so beautiful that it become source of imagination for Rudyard Kipling’s famous fiction ‘The Jungle Book’. Pench became even more popular amongst tourists after the Innovative wildlife series by BBC – ‘Tige a spy in the Jungle’ was shot here.

During our stay at pench we will do spend our mornings and evenings in four wheel drive safaris in Pench National Park. Also we shall visit pottery village on the periphery of pench national park and see how few villagers have used this art to earn their living. At pench national park we shall be staying in one of the luxury wildlife lodges adjoining the park.

Those who know much about wildlife in India, would regard Kanha national park as one the most beautiful national parks in India. Long stretches of Grasslands, long standing sal forests and bamboo forests, gashing streams makes the landscapes of kanha breathtaking. Kanha national park Including buffer area spreads at 1927 Square Kms. Apart from tiger, another animal which gets major attention of tourists is hard ground swamp Deer or barasingha, Which is the found only in this region of the world. Other than these two some commonly seen fauna are leopard, Gaur or Indian Bison (World’s largest cattle species), Leopard, Bear, Black face monkey, Rhesus Monkey and many species of birds and reptiles. Romance for Kanha national park will only increase as you visit the park.

We stay at kanha national park for 3 nights and during our stay we explore different zones of Kanha national park on a four wheel drive safari. Also we shall visit local village where some of the tribes still live to understand more about their life. At Kanha national park, we stay at one of the luxury lodges on the periphery of the park close to the safari enterance gates.

During our three night’s stay st bandhavgarh national park, we shall spend most mornings and evenings in four wheel safari drives in the core zones of Bandhavgarh National park. The country side experience including the architecture of homes, life style of residents and their livelyhood is uniqe and charming. People here may be hesitant to talk and are affactionate. At Bandhavgarh National park, we shall stay at one of the luxury wildlife lodges on the periphery of the park close to the main enterance gate.

Here our wild encpounters of Indian wildlife would end and we proceed to jabalpur. A 200 Kms and 5 hours drive takes us to jabalpur airport from where we board flight to New Delhi. Flight time between Jabalpur and New Delhi is 1 hour 40 minutes. Overnight we stay in a luxury hotel in the heart of the City and next day we board the flight back home with sweet yet wild memories of India. If time allows we may visit another monument in New Delhi.

Best Time To Avail This Package 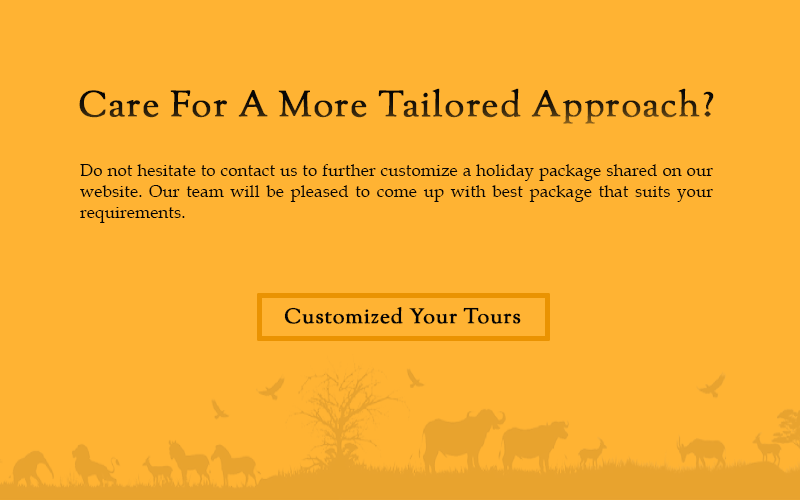 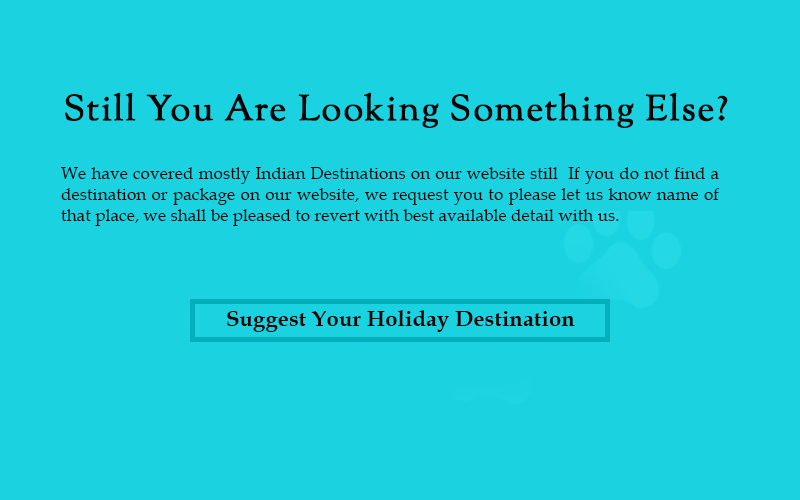